In the television world, every once in a while there’s a show that has a greater impact on its viewers than the rest of programs on TV. I guess if you’re a fan of any TV show you could probably make a case for that to be true. That being said, I might be a little biased here but the numbers and TV ratings don’t lie. Since its pilot episode 4 1/2 years ago, Pretty Little Liars has continued to change the television game.

The show is based off a book series by Sara Shepherd, set in the fictitious Philadelphia mainline suburb, Rosewood, which tells the story of four best friends, Spencer (played on the show by Troian Bellisario), Aria (Lucy Hale), Hanna (Ashley Benson), and Emily (Shay Mitchell), who get stalked, bullied, and tortured through a series of mysterious text messages and notes from an anonymous person who refers to him or herself as “A”. Of course the girls started to receive the messages after the body of their other best friend, Alison, who was missing for a year was found buried in her own backyard. Sounds like an interesting plot line right? Well it only gets better from there. This show is filled with more than just secrets and lies as it confronts the topics of sexuality, adultery, mental illness, drugs and alcohol to name a few. Pretty Little Liars, or “PLL” as referred to by some (myself included), pushed these risky topics over the last 4 years and almost 5 full seasons since it debuted in June of 2010. It most likely won’t stop either as the show has already been picked up for two more seasons making it ABC Family’s longest running original series. 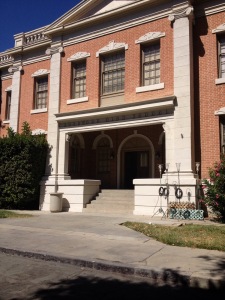 While touring the Warner Brothers lot in September 2013, I caught some of the outside sets.

I began watching the show one late afternoon in March 2011 while I was flicking channels on the TV for something to watch. A Pretty Little Liars marathon happened to be airing that day in preparation for the first season finale later that evening. It caught my eye and reeled me in shortly after. I ended up watching about 4-5 episodes to the point where I was dying to watch the season finale at 8 p.m. that night. The season premiere of Dancing with the Stars also aired at 8 that night and my plan before any of this happened was to watch that (yeah I watch Dancing with the Stars…thanks mom). Luckily I saw the finale aired again at 10 and was able to watch it then. I didn’t realize it at the time but watching Pretty Little Liars was a complete game changer in my life for multiple reasons.

That same evening of the finale it was announced that the second season of the show would be premiering in early June and I did everything in my power until the premiere to watch the entire first season of the show. The first season wasn’t available on DVD yet so I ended up purchasing the first 6 episodes on my Playstation. I planned to eventually buy the first season on DVD so purchasing all the episodes was entirely unnecessary. That’s when I was finally able to find some internet site that had the episodes available to watch. So watch them I did. It was also my last semester of college and I used to reward myself for studying/doing schoolwork by watching episodes. I couldn’t always binge straight through either because the website I watched them on would make you take a half hour break or so before it allowed you to watch another 90 minutes or something like that (I forget the exact amount of break and watch time now as you can tell). It was a pain but still it allowed me to get caught up on Season 1.

During those 2-3 months until the premiere I also convinced my very close family friend, Sarah (aka Beans) to get into the show. She had friends who watched it but never gave it a chance until I explained how good it was and showed her the first few episodes. She got into it too. We planned on watching the premiere together/getting together every week to watch Pretty Little Liars. Thus, PLL nights were born. Towards the end of that summer (mid-season of season 2) I invited our mutual friend Owen to join us in watching the show since we hung out a lot on Tuesdays and always had to take him home before Pretty Little Liars (he never watched it until then). That night he became a mainstay in our PLL nights and we’ve been getting together to watch the show ever since. 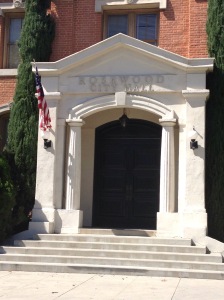 Another outside set on the WB lot.

Pretty Little Liars has had a huge impact on my life and the lives of many others. It’s nothing short of amazing as it’s continually referenced as the most tweeted about show on television. With an average audience of over 2.5 million viewers, it’s easy to see why. The season two finale which promised a reveal of the true identity of “A” grossed around 3.69 million viewers and generated around 645,000 tweets at a peak rate of 32,000 tweets per minute (we lost it when the first “A” was revealed). The dedicated fan base consists of mostly girls and women between the ages of 12-34. To pull in this crowd, there are many romantic moments and relationships (the ships…Ezria forever) and an emphasis on fashion despite the plot focus on the mystery surrounding the death of Alison and the stalker “A”.

As Pretty Little Liars gets set to begin the second half of its 5th season this evening its audience can only be set to expect more mind-blowing plot twists, steamy moments between the show’s most loved couples, and maybe a final reveal of this “A” character who was thought to be revealed several times before (but probably not as there will be at least two more seasons of this creeper’s antics). You really never know what can happen on Pretty Little Liars. Two things about the show are for sure though. The first is that Pretty Little Liars’ cultural impact through digital and social media and the risky issues it wasn’t afraid to cover will be remembered by its viewers for years to come (not to mention it will be remembered by all the fun nights I shared watching it with my two favorites) and the second is that “A” is everywhere. 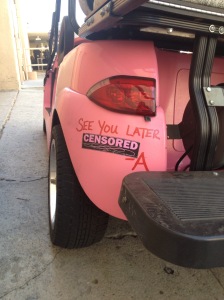 (FYI if you were wondering where those numbers came from: